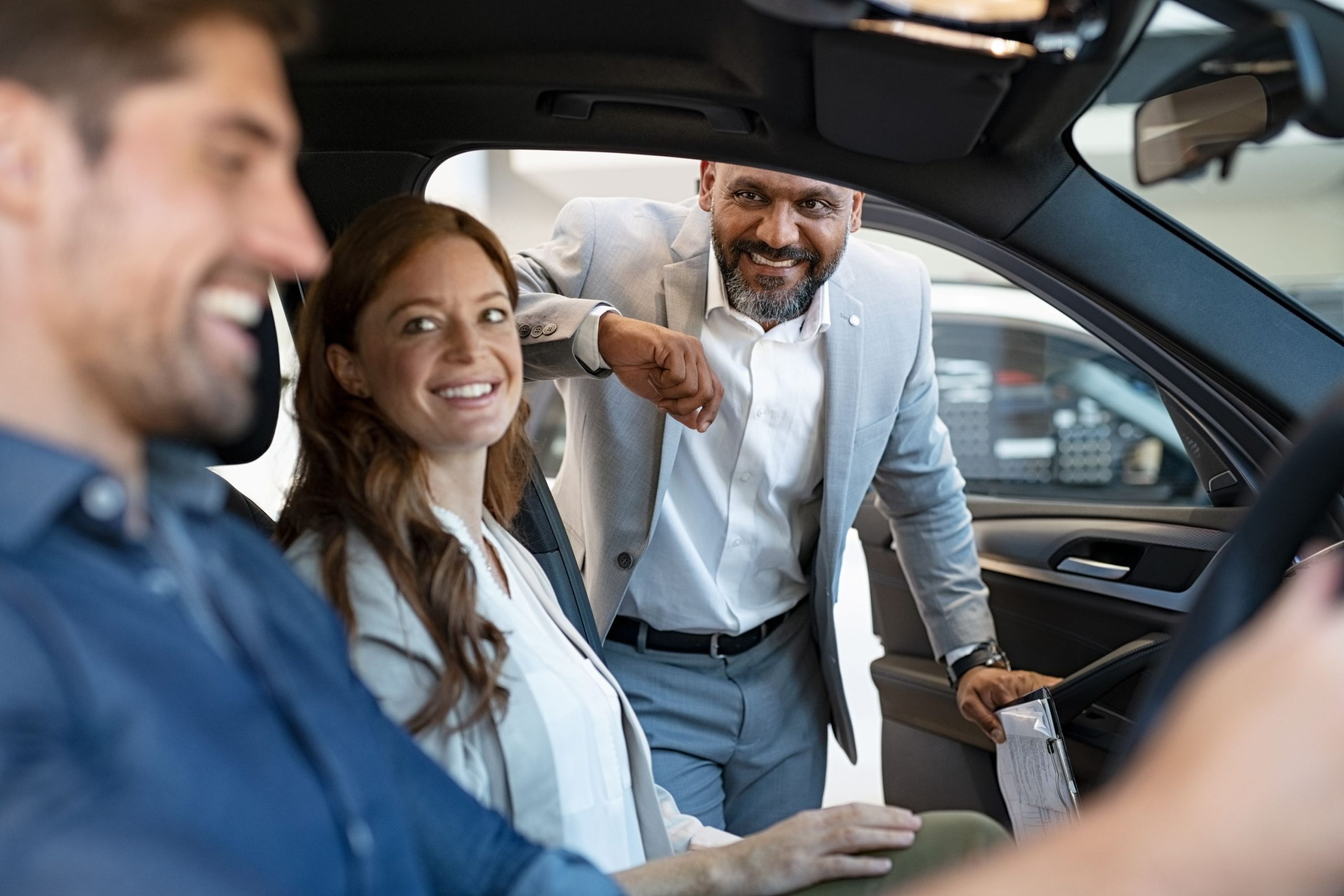 The Pandemic Will Permanently Change the Auto Industry

Plunging sales could force factories to close and lead to takeovers and mergers, but also bolster sales of electric cars.Some automakers may emerge stronger, others too weak to survive on their own. Factories will shut down. The pressure to go electric could become more intense.

People may travel less now that they have discovered how much they can get done from home. Or they may commute more by car to avoid jostling with others on crowded buses and trains.

The auto industry was bracing for a brutal year even before the coronavirus idled factories, closed dealerships and sent sales into a free fall. Now, things are about to get really Darwinian: The industry is expected to realign in ways that could have a profound effect on the eight million people worldwide who work for vehicle manufacturers.

It took almost a decade for car sales in the European Union to recover from the recession that began in 2008. The United States market took about five years to bounce back, but sales have been flat since 2015. Explosive growth in China initially helped compensate, but the market has been in decline since 2018. As Volkswagen, Daimler, Fiat Chrysler and other companies slowly restart their assembly lines, people who work in the car business are beginning to ponder what the repercussions of this crisis will be.

“We shouldn’t be too optimistic and expect that in 2021 everything is going to go back to normal as if nothing happened,” Ola Källenius, the chief executive of Daimler, told reporters during a recent conference call. The pandemic, he said, “will probably have a huge effect on the economy and we have to prepare.”

Here’s a look at what to expect.

Automakers worldwide had at least 20 percent more factory capacity than they needed before the coronavirus hit, analysts say. That idle manufacturing space cost them money without producing any profit. As sales plummet further, shutting down underused plants may be a matter of survival.

“Some of those big plants in Europe are going to really struggle,” said Peter Wells, director of the Center for Automotive Industry Research at Cardiff Business School in Wales. The going will be especially tough for the companies that make smaller cars, which tend to be less profitable, like Fiat, Renault or Volkswagen’s SEAT brand.

In Europe, it’s impossible to close a factory without labor strife and political resistance because so many jobs are at stake. Severance payments to workers and other costs can make it as expensive to shutter a plant as it is to build one.

“It’s about the politics more than the economics,” Mr. Wells said.

In an example of the kind of fights that may lie ahead, workers shut down a Nissan plant in Barcelona only two days after it opened in early May, demanding that the Japanese company commit to maintaining its presence in Spain.

Sales of electric cars have been surprisingly resilient even as lockdowns gutted sales of gasoline and diesel powered vehicles.

In March, as much of Europe went into lockdown, car sales on the continent fell by more than half. But registrations of battery-powered cars surged 23 percent, according to Matthias Schmidt, an analyst in Berlin who tracks the industry.

In April, lockdowns caught up with electric cars, too, and their sales fell 31 percent, according to Mr. Schmidt’s estimate. But that was nothing compared with the total European car market, which plummeted 80 percent.

It is not clear whether the surge in electric car sales is a trend or a quirk. Many of the electric vehicles registered early this year had been ordered earlier, Mr. Schmidt said. Carmakers may have taken their time delivering cars that were bought in 2019 so the vehicles would help meet stricter European Union limits on carbon dioxide emissions that took effect in 2020.

Carmakers may not be as motivated to sell electric cars in coming months. They will be tempted to instead push S.U.V.s, which generate far greater profits and are easier to sell now that fuel prices have plunged.

Much will depend on government incentives and regulations. Europe and China are doing more to promote electric cars than the United States under the Trump administration. Battery-powered cars are still much more expensive than gasoline vehicles. In a recession, fewer people may be able to afford them without subsidies.

“Especially in this period, they are looking to sell the most profitable cars as long as they meet the targets,” Mr. Schmidt said.

The big unknown is whether the crisis will change the kinds of cars that buyers want. People may emerge with a greater appreciation for the cleaner air that was a side effect of the lockdowns. They may be more willing to invest in a vehicle that produces no tailpipe emissions.

“I was never able to breathe such clean air in Torino,” said Silvio Pietro Angori, chief executive of the Italian auto design firm Pininfarina, which is in the Italian automaking capital. “I think: ‘Wow, that is great. How can I keep it?’”

An opening for start-ups.

Turmoil in the market could be good for electric car start-ups like Byton and Lucid, which have proliferated after Tesla showed it was possible to challenge the traditional carmakers. The start-ups have a chance to attack the market while the established companies are struggling.

“The spaces in the market might open up a bit,” Mr. Wells said. “Once the fractures start to emerge, things start to happen.”

For other challengers, the pandemic has been a huge setback. Ride-hailing services like Uber and Lyft, which threatened to make car ownership obsolete for urban residents, have suffered because everyone is staying home. The Silicon Valley companies that promised self-driving cars by 2020 are still years away, and the pandemic is interfering with the human road testing they need to perfect their technology.

Get ’em while they’re cheap.

Few sectors get less love from investors than the old-line carmakers. Shares in Renault, for example, have fallen 70 percent in the last year, and the stock market values the company at just 5.7 billion euros, or $6.2 billion. (Billionaires like Jeff Bezos, Michael Bloomberg and Elon Musk are worth far more as individuals than Renault with its 180,000 workers and sales of 3.8 million cars last year.)

There may be one group of investors willing to overlook the high risk and meager profits of car making. Chinese investors could see rock-bottom valuations as an opportunity to get a foothold on the continent.

Geely Holding, a carmaker based in Hangzhou, set a precedent when it bought Volvo Cars from Ford in 2010. Geely also own 8 percent of Volvo AB, a Swedish truck maker that is separate from the car company. Geely’s chairman, Li Shufu, owns almost 10 percent of Daimler. The Chinese automaker BAIC Group owns another 5 percent of Daimler.

Further incursions by Chinese investors are certain to meet political resistance. Germany is expected to pass legislation making it easier to block foreign acquisitions. France has passed similar legislation, and has significant sway over Renault because it owns 15 percent of the shares.

But foreign investment might be welcome if it helps preserve jobs. Geely has revived Volvo Cars and the region around its home base in Goteborg, Sweden.

Pair up or perish.

Carmakers will face even more pressure to spread around the cost of developing electric cars and other new technologies. Existing partnerships, such as the one between Volkswagen and Ford Motorto develop autonomous driving software, could be expanded.

“It’s pretty likely that we will see former enemies or former competitors start to team up with each other,” said Axel Schmidt, a senior managing director at the consulting firm Accenture who focuses on the auto industry.

These alliances, though crucial, are tough to manage. Renault has struggled to overcome tensions with its longtime partner, Nissan.

The pandemic exposed just how interconnected the world is and how a factory closure in one part of the world can shut down an assembly line in a different hemisphere.

“What we are all learning, and I talk to a lot of managers and C.E.O.s in Germany, is that we all have to rethink our logistics and supply chains,” said Olaf Berlien, chief executive of Osram, a German maker of lighting products for autos and other uses.

“Because of the price pressure that we are all under, we took the cheapest provider wherever in the world it might have been,” Mr. Berlien said. “We undervalued the provider who was just around the corner.”

Others are not so sure that carmakers will be more willing to buy local. Mr. Källenius of Daimler said supply chains were already built to withstand disruption and had stood up well during the crisis. Not a single Mercedes went unbuilt because of a supply chain problem, he said.

“I wouldn’t come too quickly to the conclusion that we have to regionalize supply chains,” Mr. Källenius said. “The globalization that we have achieved in the last 20 years has led to enormous productivity gains. I would see it as a mistake to back away from that.”

By Jack Ewing for The New York Times